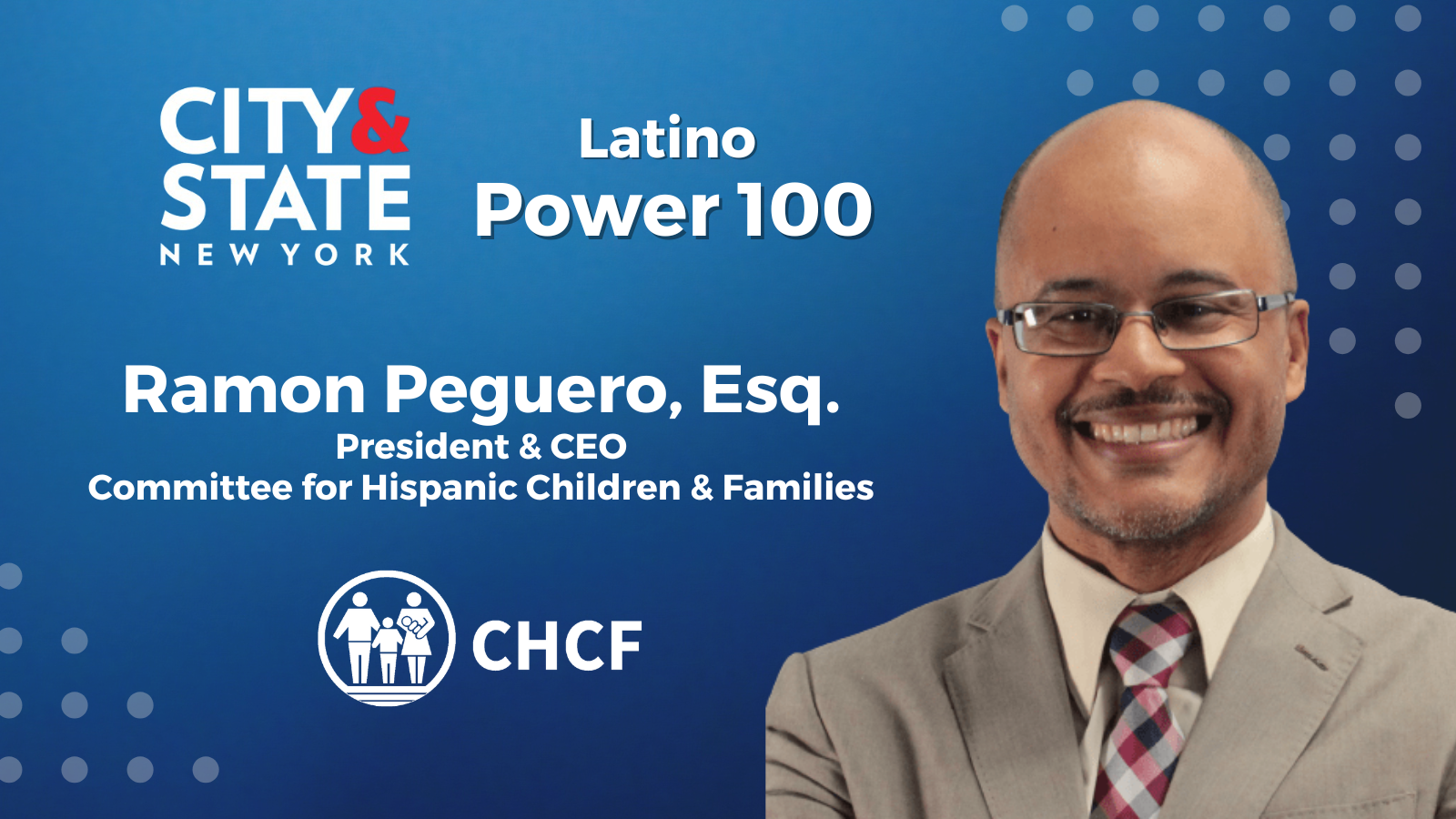 This honor comes only one day after the fifth anniversary of Ramon Peguero’s leadership at CHCF since taking the helm as CEO on September 11, 2017.

The listing takes special note of CHCF’s recent grand opening of our Bronx office on Morris Avenue, as well as our increased work providing child care to the Bronx.

To read the listing, and learn about other important Latino leaders in New York, you can read the full City & State New York list here.