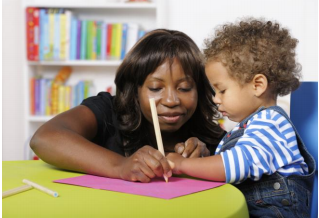 CHCF commends the Center for Law and Social Policy (CLASP) for the release of their report: Disparate Access: Head Start and CCDBG Data by Race and Ethnicity.

By CHCF StaffFebruary 21, 2016No Comments

New York, NY. – “CHCF commends the Center for Law and Social Policy (CLASP) for the release of their report: Disparate Access: Head Start and CCDBG Data by Race and Ethnicity.”

CHCF believes that education is a right that all of our families and parents have, regardless of culture, language, or geography. When our most vulnerable families find a way out of devastating circumstances, as a community, we are all better for it. Likewise, when our education system fails, it fails us all.

From their first days of early care to their last day of school, Latinos, on average, perform far below most of their peers. They now make up the largest ethnic group in the United States and the fastest growing segment of its school-age population. As such, they are intricately bound to the nation’s future.

However, the Latino dropout rate remains higher than it is among blacks, whites and Asians. Even though more Hispanics are getting a postsecondary education than ever before, Hispanics still lag other groups in obtaining a four-year degree.

We look forward to working closely with CLASP in advancement of these important matters.