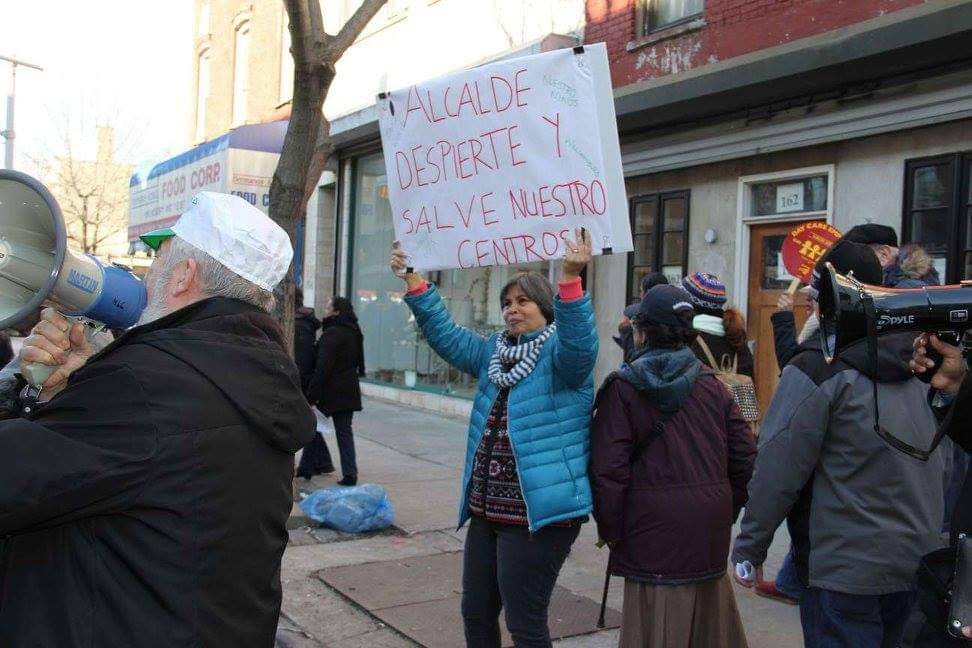 By CHCF StaffOctober 9, 2020No Comments

For National Hispanic American Heritage Month, CHCF wants to highlight one of our local community’s everyday heroes, Concepcion Bosque, the Executive Director at Nuestros Niños Childcare. This month is about celebrating the generations of Hispanic American individuals who have made an influential impact on our society, and Mrs. Bosque is one of those individuals. Read below to learn more about her Dominican heritage and lifelong commitment to serving others.

Mrs. Bosque was born in the northern region of the Dominican Republic in 1964 and immigrated to the United States when she was 11 years old. She came with her parents and 7 siblings, settling in the Southside of Williamsburg, Brooklyn: a neighborhood with a strong Puerto Rican and growing Dominican communities. At the age of 14, Mrs. Bosque worked as a summer youth worker in one of the Southside’s most prominent daycares, Nuestros Niños Child Development Center. Immediately she demonstrated her talents and natural qualities for early childhood education, and in 1984 she began to work full time for Nuestros Niños, serving first as a teacher’s aide, next as a teacher assistant, and then head teacher.

Fast forwarding a few years, Concepcion married Jose Bosque and continued to work at Nuestros Niños. She received her Bachelor’s Degree from the City University of New York at City College in Early Childhood Education, and later received a Master’s Degree in Bilingual Education from Adelphi University. Each degree solidified her knowledge and commitment to the children of Nuestros Niños and the needs of the community.

Mrs. Bosque was promoted to Assistant Director of Family Daycare and Education Training with Richard Oppenhimer, where she played a vital role in sustaining and promoting the program. After Mrs. Miriam Cruz passed away in October of 2019, the Board of Directors of Nuestros Niños named Mrs. Bosque their Executive Director. She has been instrumental in pushing the Center to its’ maximum potential, working the transition from HRA to the NY Board of Education, and surviving during this critical time of the Covid-19 pandemic.

Mrs. Bosque is a proud mother to her daughter Teresa Bosque, a schoolteacher at local PS 84, and son Javier Bosque, biologist working in coordinating and supervising staff training at Animal Care Centers of NYC. Mrs. Bosque is a member of the Transfiguration Catholic Church in Williamsburg. Together with her husband Jose Bosque, Director of Southside Community Mission, they have diligently served their community for more than twenty years, offering much needed services to a struggling population, with legal services for immigrants, providing shelter for homeless and running a food pantry for families with low resources.

Mrs. Bosque is an exemplary educator and community activist and has received various awards and recognitions from educational and civil institutions honoring her commitment and dedication to serving others. We are proud to work alongside and partner with Mrs. Bosque and Nuestros Niños!

CHCF was honored by the United States Census Bureau